Advancing Humanity unto a Golden Age of Reason.

M Day- The Day of Rage 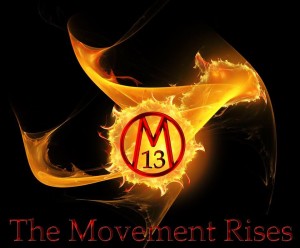 Can the Movement beat the advertising business at its own game? Know your enemy. Use their own tactics against them.

Can you create a viral video, a viral song, a viral email, a viral speech, a viral Facebook campaign?  This is a meme war.  The M meme must spread far and wide, beyond the capability of the Old World Order to resist. M for the Movement.

This will continue each and every month from here on out.  The 13th of each month will be forever known as: M Day, the official “Day of Rage”.

Everyone who shares in the mutual political, economic, spiritual, and psychological goals we all know too well is encouraged to join and share this spark.

We ask that you at the very LEAST blast social media on this day with as many posts as possible with the Movement’s message.  Tag your whole friends list, take pictures holding banners in the streets, plaster stickers all over town and video it, stop traffic with your message, post on religious and political forums, spam celebrity pages, download flyers from our website and pass them around town.  Do everything and anything, and if you don’t get it right this month, immediately start strategizing for next month.

Dozens of example memes, pictures, and flyers can be found on the The Armory page for download available to all who have embraced the sacred cause.

Everyone please use this HASHTAG for all posts on the 13th:

Momentum will build, month after month, year after year, until the establishment has no choice but to recognize our voices.

The Knights Templar began in mysterious circumstances in 1119 CE with just nine men. For a decade, they recruited no new members and virtually nothing is known in official records about what they did during those years. After that, the Order grew with astonishing rapidity and became a major force in world affairs.

Now the Movement has begun with an equally select group of members, the new Templars so to speak. For a decade, they may labor in the wilderness just as the original Templars did, then explode on the world scene. Do you want to be part of history? Be in at the beginning. Be one of the original knights who will change the course of history. Don’t read about history, make it…