Advancing Humanity unto a Golden Age of Reason. 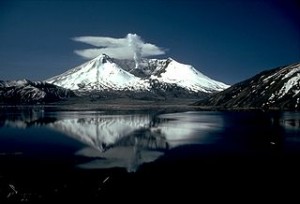 The term Meritocracy derives from two terms: merit, which means value and/or   demonstrable effort in a particular field of study and/or work, and the Greek word kratia, meaning   that power is held by a particular entity. “Michael Young … critically defined it as a system where ‘merit is equated with intelligence-plus-effort, its   possessors are identified at an early age and selected for appropriate intensive education, and there   is an obsession with quantification, test-scoring, and qualifications.’ ”

Merit is the sole responsibility of an individual. He employs intelligence and effort to improve in a chosen field of study and/or practice, typically known at a young age, having been afforded the proper   educational opportunities and environment suitable for the prosperous development of any child; he is entrusted with power to a degree commensurate with relevant accomplishments. Merit is, contrary to Young, not obsessed with the pigeonholing of individuals via quantification.

How is merit measured in such a system of governance?   Or more precisely, who is fit to judge merit? If governance in such a system is based on merit,   whose merit is validated for governing? The individuals who specialize in   the social institutions required for a stable society to function—and of those the crème de la   crème—are fit to govern.

At present the champions of the status quo have seized the term “Meritocracy” to represent their own accomplishments, and to   hold up their positions of power as an example of their individual ‘merit’. However, their   accomplishments are necessarily brought about through the wealth that inheritance brings. On rare occasions   does an impoverished individual excel in the mainstream view, thus becoming a beacon of hope for those who subscribe to   the American Dream.

The status quo defines excellence as the ability to accumulate wealth. With this wealth attributed   solely to them, the rich are allowed to invest in the future of their families and their cronies. The rest of   society esteems them, and hopes one day to wake up to that dream come true. While we are asleep  , dreaming of winning the lottery, the wealthy are devising new methods to demonize the sole tax that would allow a truly Meritocratic nation to spot its most talented members of society.

The Millionaires’ Estate Tax will provide a   level playing field to all citizens, since it will be reinvested in institutions that allow   for the nation’s growth, primarily in education. This is the key difference in views from both   strata of ideologies. It is an egalitarian standpoint that individuals who are most productive and   intelligent will hold positions of social importance, depending on demonstrated merit in their field. From a highly individualized   nation in which inherited wealth plays a crucial role in the nurturing of a child’s life outcome, the appearance of merit   is afforded by the luckiest, propagating over others advantages such as prestige, cultural   capital, and economic safety; while the rest of society remains under perennial rule by these family   trees, just as history has shown us was the case during feudal Europe in the Dark and Medieval Ages, where   power and wealth were attributed to the divine right bestowed by God.

The main purpose of the Millionaire’s Estate Tax is to prevent   the accumulation of extreme wealth, which is popularly invested in assets other than all young minds and the infrastructure of society. The underlying question is simple: should the offspring of   a few be rewarded for their parents’ intrinsic greed, at others’ expense, or should all children be given an equal opportunity to thrive and pursue their highest aspirations? If there is any   doubt in your mind that the latter is the appropriate answer, then ask yourself whether it be beneficial   for mere chance to govern the futures of children, for generations to come? “Would the best off accept the current arrangements if   they believed at any moment they might find themselves in the place of the worst off?”

Law-making institutions are currently driven by morality. From where do we derive these   “infallible morals”? Certainly in the United States they come from the most popular book in our world—The Bible. This   sacrosanct text is regarded, especially by right-wingers, as the absolute path to moral   perfection, hence their bible-thumping laws and propositions. Most of the troubles of women   and minority groups can be ended by emphasizing our forefathers’ wish to keep the   state and church separated. Congress should be passing laws according to their factual relevance preceded by success, not by their   emotional appeal to the ignorant masses, while sugar-coating failed policy approaches. In the   case of the USA the second most popular book is Ayn Rand’s Atlas Shrugged, the novel that   proclaims, “Greed is good, and selfishness is divine.”

That quote encapsulates the entire   ideology of the far right, who wish to privatize all social institutions so that only the few can enjoy   decent lives while the rest of society grovel in the grave, i.e., ghettos. In Meritocratic Democracy,   laws will be established with the proper prerequisites, i.e., knowledge of the field of debate. Those   who pass this step can then propose a hypothesis, and if the law proves to be effective, then it is kept.   Note that all government officials will be accountable to the people whom they serve, as an   immediate priority to ensure the general will is fulfilled and no back alley deals are conveyed.

Education is highly influenced by where you live. It is   also rigged in favor of the highest bidders, those who can afford private schools,   while others (the lowest bidders) have no choice but to attend the nearest school in the vicinity.   It is a known fact that a community’s property taxes determine the quality of education, so why should it be a surprise that poor communities stay poorly educated, while rich ones do far better?   In the case of third-world countries or communities where there are no age-restrictions, or loose ones, for employment, children of poor families are sometimes denied their chance for an education in favor of another hand to help their families supply bread for the table.

These problems will be eliminated   by the state treasury that the Millionaire’s Estate Tax produces, funding equal educational resources for all the   community. Of course more advanced education will be offered to individuals who, after the prerequisites   are met, further excel, thus making certain that merit triumphs, not privilege or chance. The Millionaire’s Estate Tax will ensure that all children are afforded Optimised Education and   their basic necessities.

“Meritocracy employs Optimised Education, which sees each child at the center of and as the inspiration for her own customised curriculum. Tried and true elements of Classical, Montessori and Waldorf approaches, in harmony with others from Critical Pedagogy, are blended with the most current reliable wisdom from psychology and sociology to craft a program and environment wherein students discover in comfort where their interests lie, and wherein they are encouraged and challenged to develop them. In Meritocratic education, individual talent sets are just the beginning: learning styles, personality types, and readiness are all respected. Every student is given as challenging an education as she can handle. Every student’s genius potential is fully exploited, until upon graduation she is an expert in at least one field of her choosing. The system serves the student, rather than the other way around.”

Thus we differentiate our stances on   multiple levels from our rivals, who shamelessly taint the true meaning of Meritocracy, and warp the public’s perception.   The sole concept that precludes the term from being corrupted is the introduction   of the Millionaire’s Estate Tax, which should be so closely associated with a Meritocracy that the two are regarded as an inseparable couple. Without such a clearly defined and universally applied inheritance tax, a Meritocracy is a paradox, as misappropriation of the term simply allows   the ruling elite to maintain their positions of power, and reinforces their twisted illusions that they   are the finest specimens to govern. A true Meritocracy will revolutionize the entire community’s   standard of living by nurturing all of its citizens abundantly, such that they fully explore and shine their natures. In the meantime, but not for long, “Merit is   still irrelevant in this society based on privilege.”